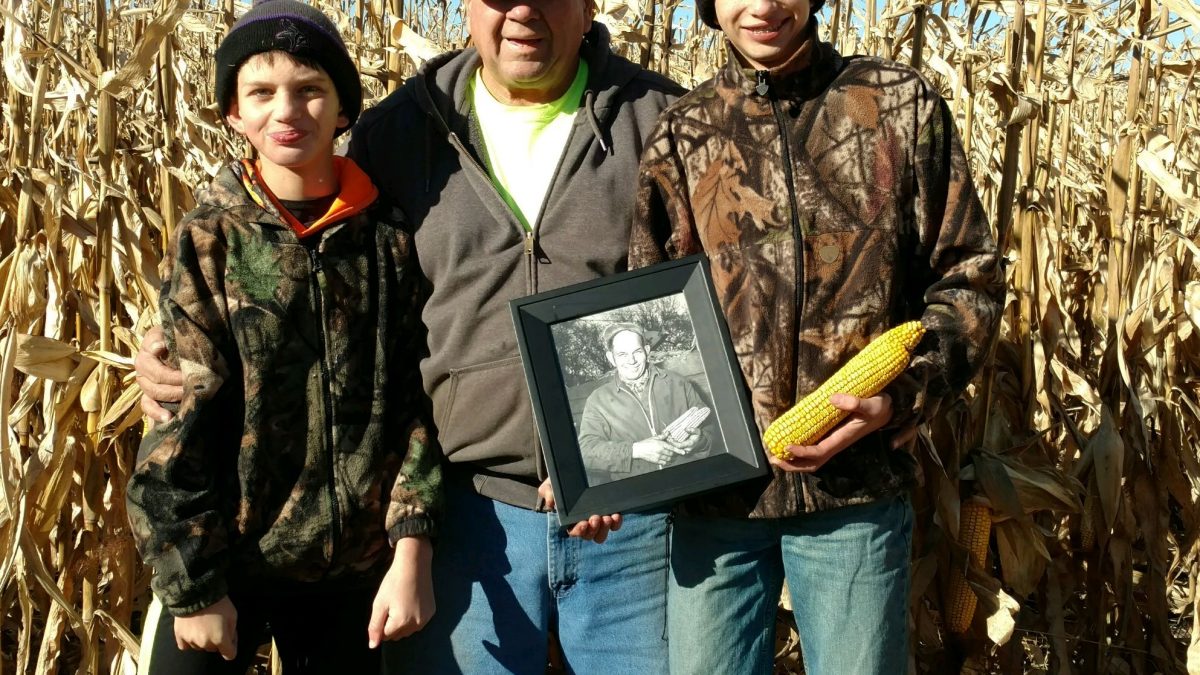 Nick Schlief, 14 of Thompson, North Dakota isn’t your typical farm kid. He doesn’t live on a farm, his parents aren’t farmers – his school doesn’t even have an FFA chapter. But Nick grew up around his grandpa, Doug Schlief, as he farmed land near Glenwood, MN. That early exposure, coupled with a pretty fun farming simulation game on his computer, was enough to give Nick the bug. And with encouragement from his parents, a $5,000 FSA youth loan and 20 acres of rented land, Nick took his interest in farming out of the digital world and into the real world.

This spring when his friends were “playing farmer” on their computers, Nick was opening his first checking account, picking rocks and working with his Peterson Farms Seed dealer to pick the best corn hybrids for his newly rented acres. And he was just fine with that.

“It was pretty cool because my mom and dad were there to help me with farming. They helped me decide what seed to get, how to get the money I needed and to think about what to do with the profit I’ll make.” 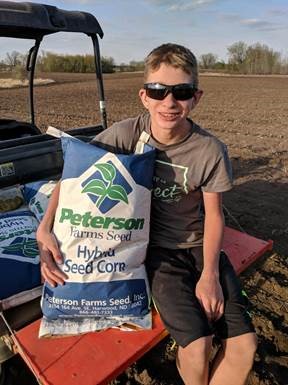 Nick and a bag of his Peterson Farms Seed corn hybrids

It happened a bit by chance. A neighbor and friend of Nick’s grandpa was downsizing his operation, freeing up 20 acres of land nearby. Though Doug wasn’t interested in taking on more acres, his first thought was of Nick. What better way to find out if he really wanted to farm than to encourage him try it out for real?

After a phone call with Nick’s parents and a discussion with Nick, it was decided. Nick was going for it. He would plant his first crops and manage his first farm from nearly 200 miles away. But he wouldn’t be alone. Like most farmers, he’d have the support and, most importantly, the knowledge and wisdom of his family to help him along the way.

“I looked at four hybrids that were proven to grow well in my soil conditions. After that, I chose the 2 that I thought would be a good fit,” says Nick.

Smiling he adds, “But my grandpa is the one that recommended I talk to Peterson Farms Seed in the first place. He said it’s the best corn he’s ever grown.” 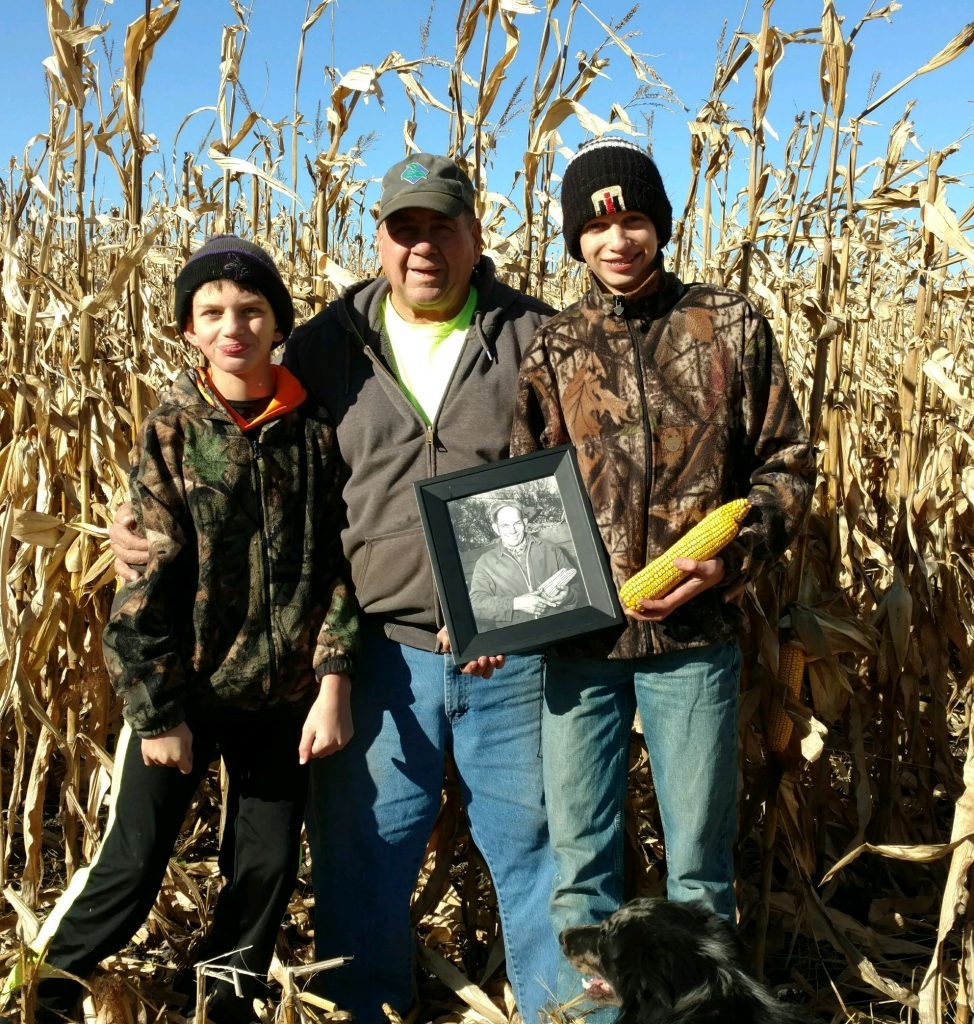 Nick’s crop with his brother, grandpa Doug, and photo of great grandpa Alder circa 1966.

Nick is definitely a weekend farming warrior. After all, he’s a busy teenager. Active in local theater, busy with friends and 4-H. He presented a 4-H project about his farming operation at the state fair this summer and is excited for next year when he can report on a full year’s operation.

Making the 200 mile trip to visit his fields was a big commitment for him and his parents. But they made the time, checking in as often as they could.  Though he had help and guidance from his family, Nick got to make the decisions on treatments, weed management and how to best market his crops. Pretty major stuff for a fourteen year old.

The Family That Farms Together

In an era when helicopter parenting can sometimes seem out of control, the Schlief elders are bound and determined to allow Nick to take this next step toward adulthood through experience. Both generations are encouraging good decision-making and responsibility, with a hedge of wisdom and support. Nick knows they have his back. What better way to raise up the next generation of accountable adults? 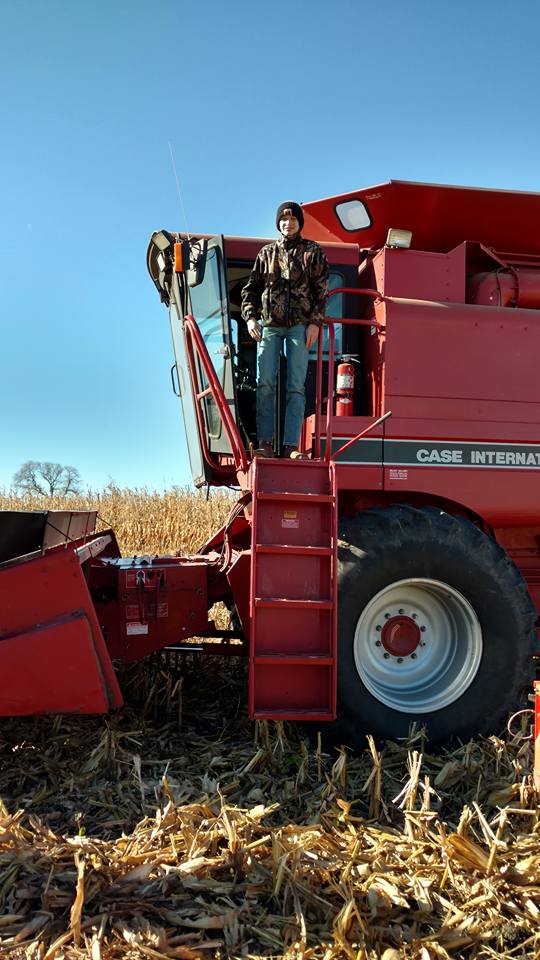 Getting ready to harvest his first corn crop

Dad Nate looked on as we visited with Nick. Beaming as he heard his son talk about the careful decision making he’s done and his very practical response when asked, “What WILL you do with the profit you make?”

Smiling in the hopeful way kids do, Nick says, “It’s going to go toward college. I don’t want to have any student loans.”

Sometimes we have a tendency to believe that “kids these days” are self-obsessed, entitled, maybe even disconnected. And then you meet a kid like Nick and you just can’t help but feel optimistic again. That the values we hold near and dear: hard work, responsibility, humility and courage are in fact alive and well in this young generation. That they carry a promise for a very bright future. Just like a seed! 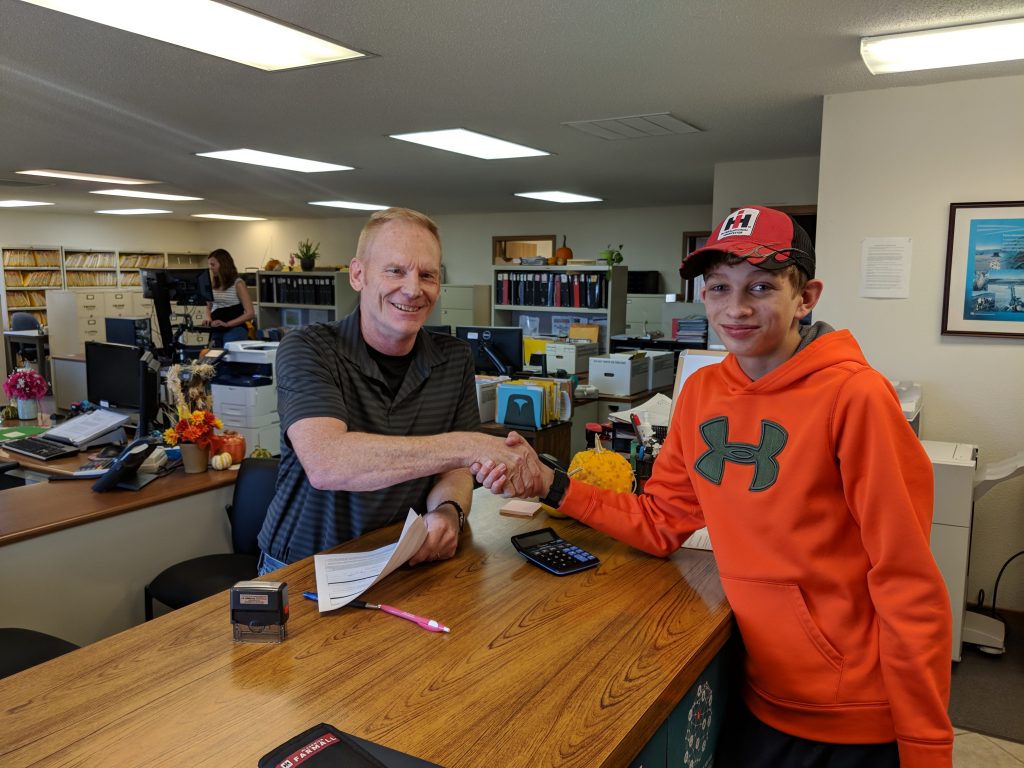 Nick paying off his FSA loan after harvest

It isn’t just us that loves this story! Look for Nick on today’s cover of AgWeek and watch a video feature here. 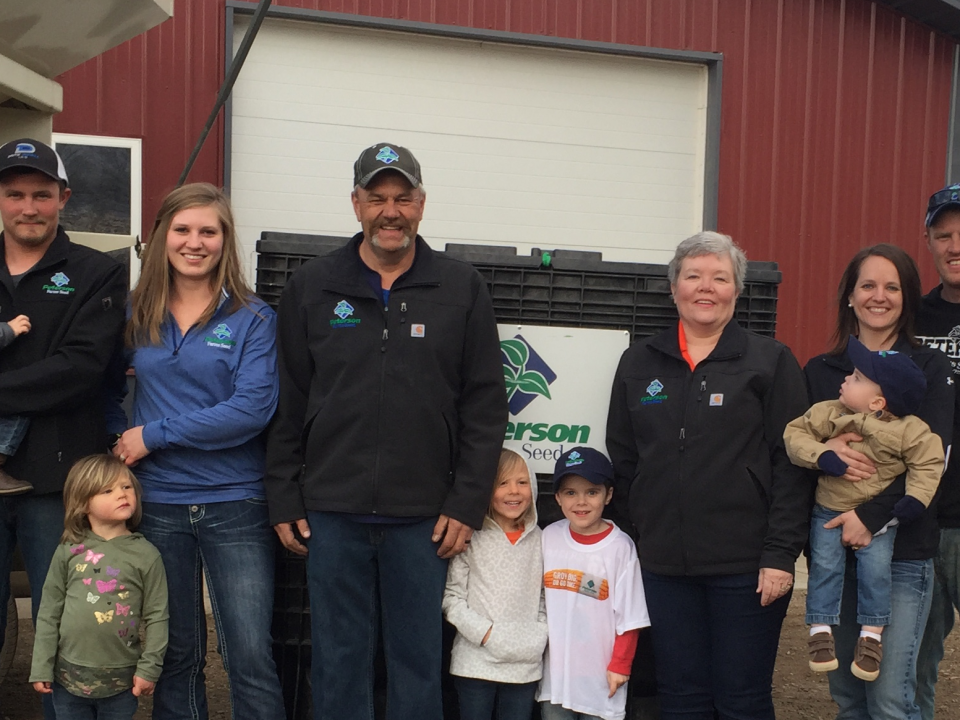 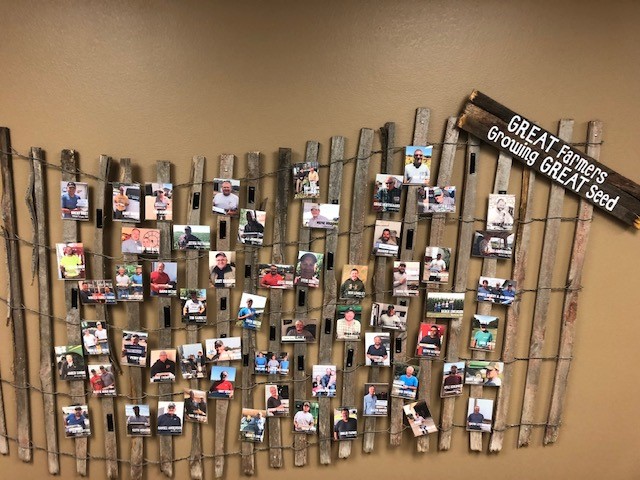 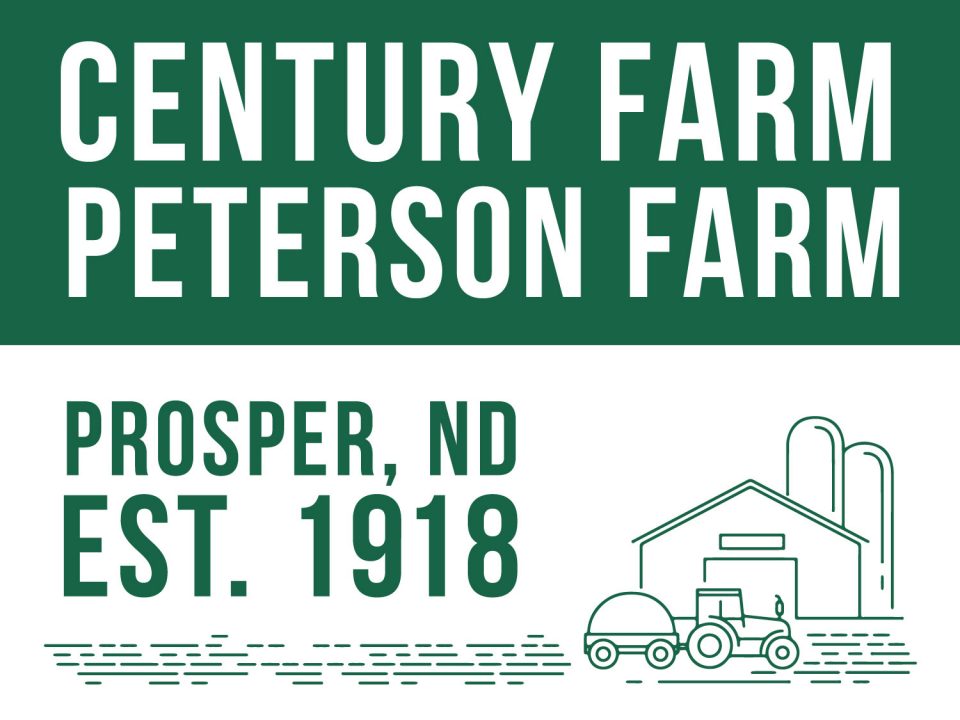