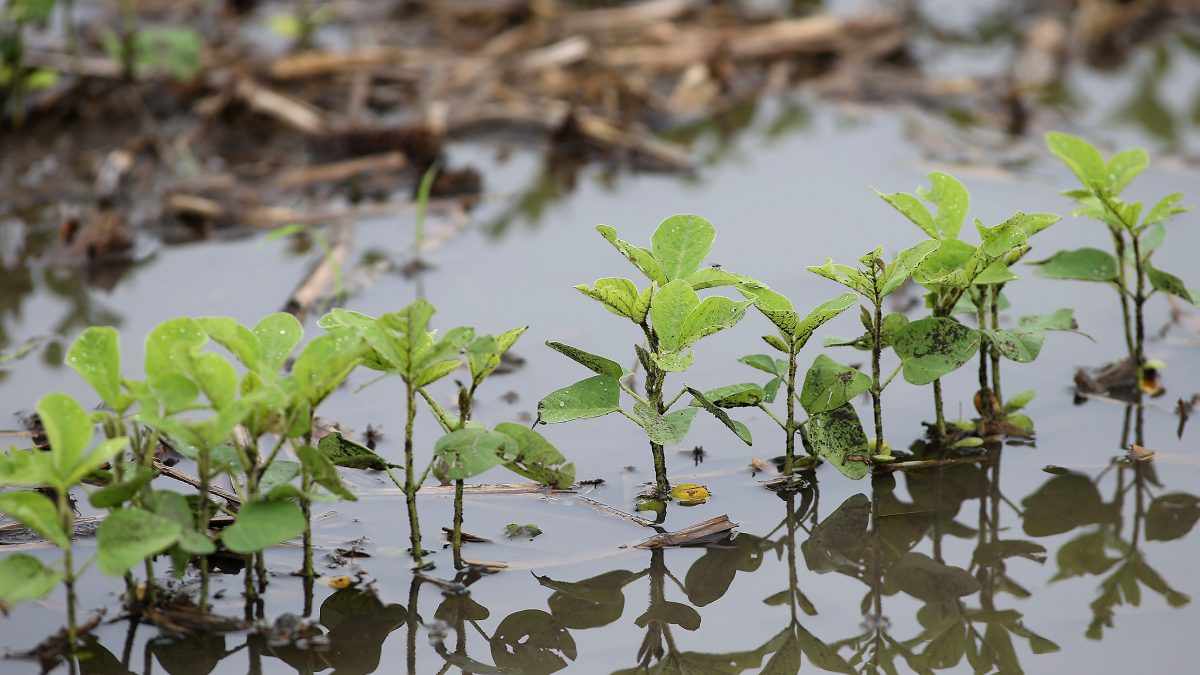 A row of recently planted soybeans is surrounded by water, flooded by frequent rains over the past two weeks. (Purdue Agricultural Communication photo/Tom Campbell)

June and July are big months for soybean development. The plant cycle moves from rapid vegetative growth to reproductive growth, setting the stage for yield in the fall. It is also the prime time when the plant can be negatively affected by outside factors such as disease, weather, and insects. So, what are the biggest yield robbers to keep an eye on during this growth stage?

Disease is one of the biggest yield robbers in soybeans and can hinder yield by nearly 25 percent. The main points of concern in the northern plains are Phytophthora, Rhizoctonia, Fusarium, White Mold, and Brown Stem Rot. Preventative management can be done with fungicides, either seed applied or foliar.

For some diseases, such as Phytophthora and BSR, variety selection plays a vital role in mitigating the likelihood of encountering the diseases in your field. 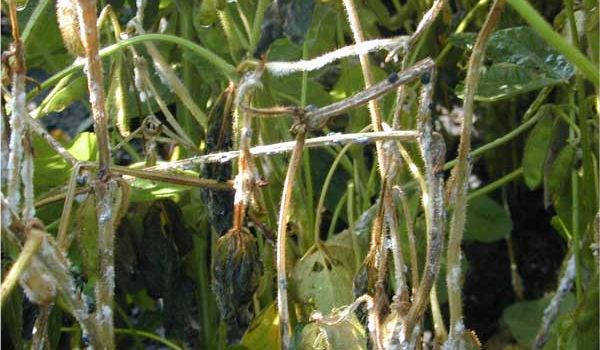 Sudden Death Syndrome is an issue that growers in southern South Dakota and Minnesota have to contend with, but has not yet made it to the northern section of that region or North Dakota.

Weather is always a factor for soybeans, both good and bad. The two main weather concerns during the summer are flooding rains and hail.

Soybeans can take more water than grass crops and it is not uncommon for plants to survive being submerged 48 to 96 hours. Warm, sunny weather during this period will shorten the timeframe that soybeans can handle flooding. There are some varietal differences in beans that can handle saturated soils. Waterlogged soils can hurt yields 17 to 44 percent, depending on severity and duration. 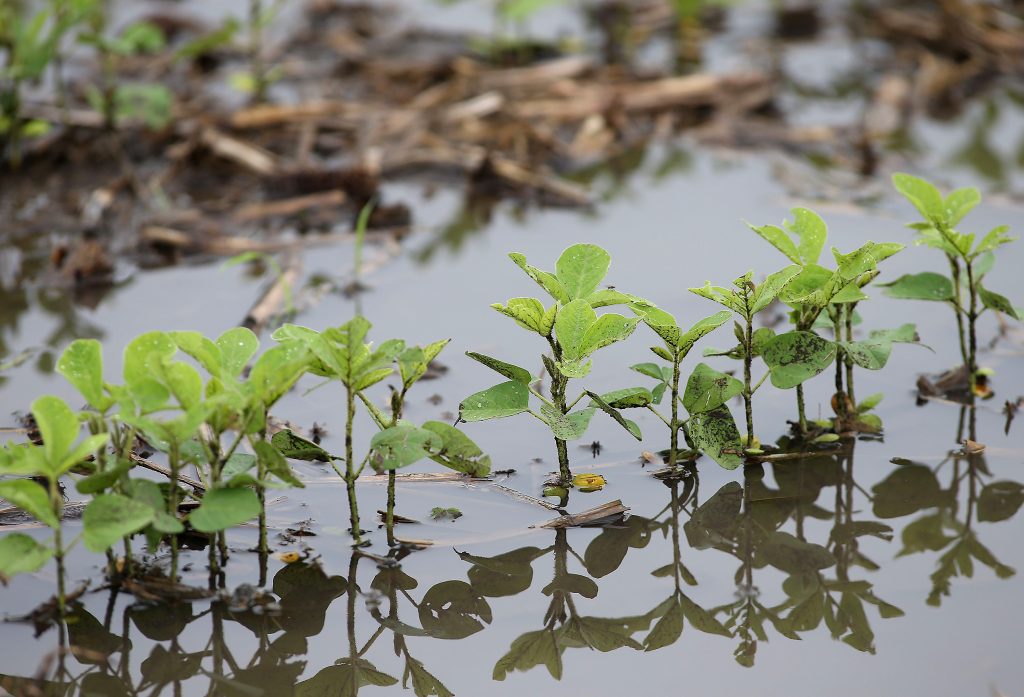 A row of recently planted soybeans is surrounded by water, flooded by frequent rains over the past two weeks. (Purdue Agricultural Communication photo/Tom Campbell)

Hail is the other major player. Leaf damage during vegetative growth does not always negatively affect yields. If stems or nodes are injured yield losses can go up. Hail also opens the plant up for infection by many foliar diseases. If the injury is widespread but not severe enough for major yield loss, a fungicide should be considered to prevent disease.

It has been a few years since we have experienced a large aphid infestation and hopefully, this year follows in that trend. If conditions are present such as warmer winters and consistent summer temperatures of 75-84, aphids can reproduce quickly. If those conditions are present, along with information on how early aphids start reproducing in the highly-populated areas in the major corn belt, it is vitally important you scout your fields often.

When scouting your fields, keep in mind the economic threshold (ET) of 250 aphids/plant on 80% of the plants as the level at which you should take as acceptable without interference on your part. This recommendation is fully backed by more than 10 universities in the major soybean producing states. 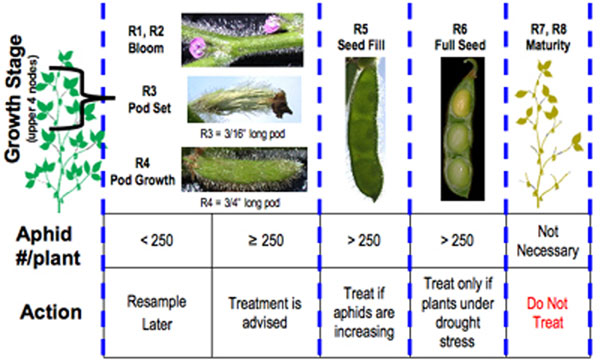 Soybeans can tolerate stress from a small number of aphids. Spraying when the aphid count is below the 250 ET can result in spending money unnecessarily or spraying too early which can lead to a second application later in the year.

Before, throughout, and even after the growing season, scouting your soybean fields is essential. Each point in the year presents different factors that need to be monitored and tracked. June and July present unique pieces of the puzzle to watch for, such as disease, weather, and insects, but by using that gathered knowledge and insight, you can then make the decision whether or not to act on the stressors you find.

Many times, “red” areas appear on a yield map with no idea what happened. By scouting and recording many times through the season, you are more able to attribute those “red” areas of growth and yield issues to a specific portion of the growth season. 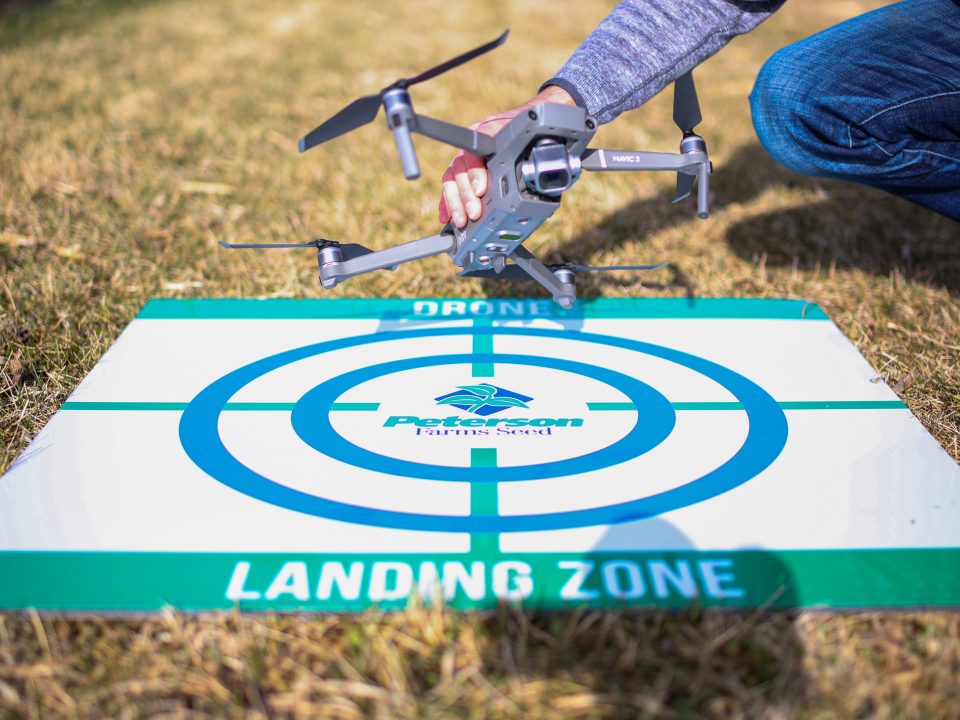 Stand Count Central: By Hand or By Drone? 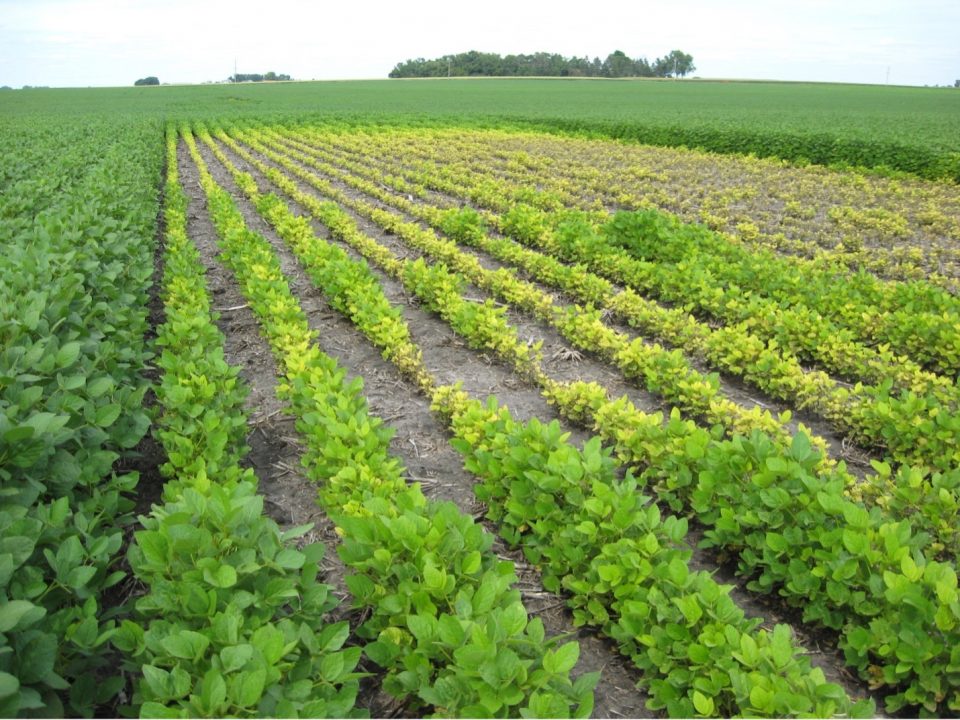 Useful Steps to Prevent IDC Before You Plant Soybeans 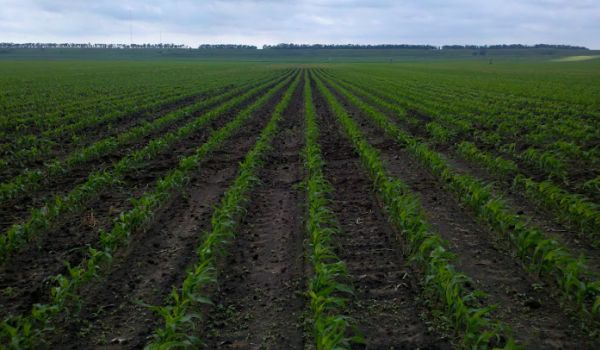