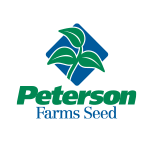 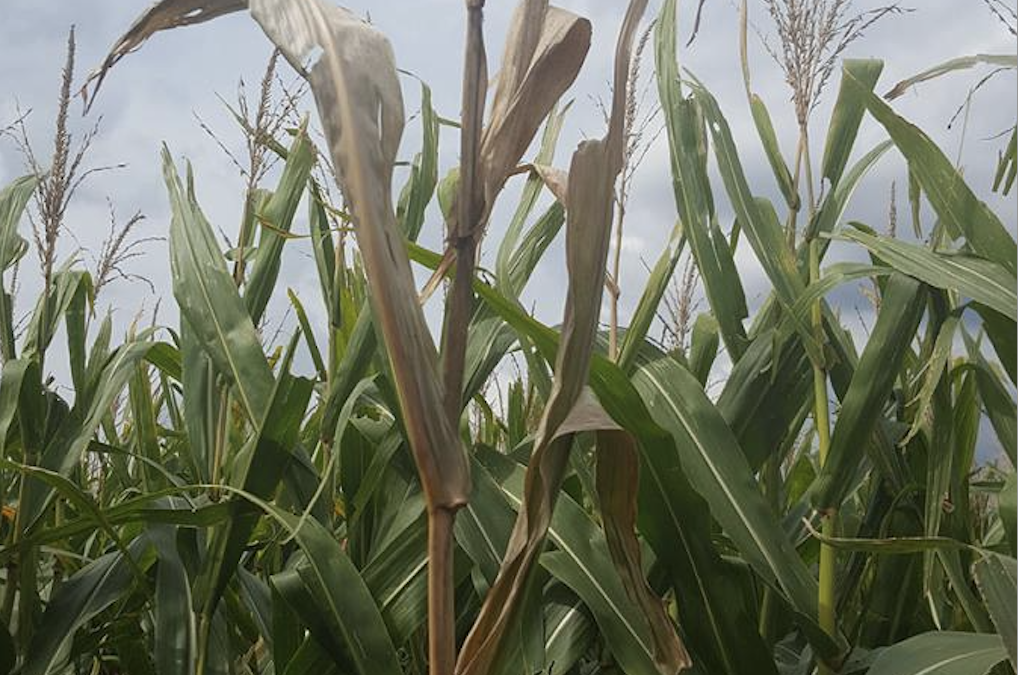 As we inch closer to September, we need to keep an eye out for Anthracnose stalk rot (top dieback).

Anthracnose leaf blight and stalk rot are two corn diseases caused by the same pathogen, and both can rob you of yield without you knowing it. I’ll be talking about the stalk rot form here.

Anthracnose stalk rot can be recognized by the appearance of shiny black lesions on the outer stalk. 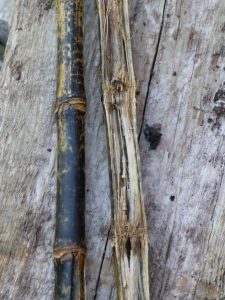 The infection in the roots and lower stem restricts nutrient flow to the upper plant, causing top dieback (pictured below), where the portion of the plant above the ear suddenly dies while the lower plant remains green. This is not to be confused with drought and heat stress, which will kill the plant from the bottom up. 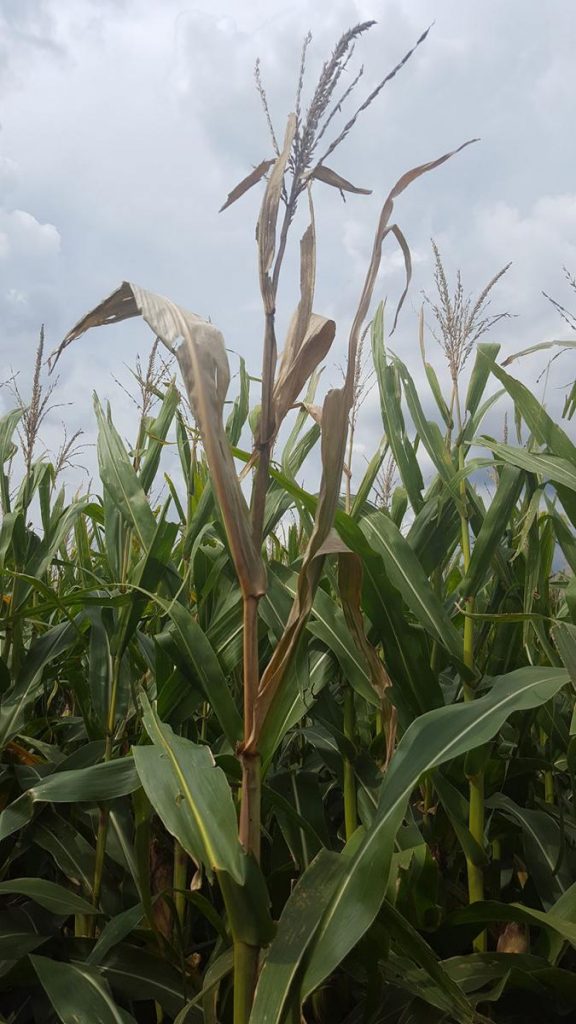 Like last year, we’ve had relentless winds sandblasting the plants, and the fields have been infected. The current dry stress will also result in additional infections in the roots. Unlike last year, I don’t expect fields to die as early since we aren’t facing a severe drought. Healthy, actively growing plants will fight the disease longer. Areas with more stress from the summer will likely see more symptomatology.

Most hybrids are bred with some degree of resistance, but we can still see problems with high pressure and residue. The biggest issue is premature death, which causes harvest losses and low test weight. Watch for symptoms. If you see any, prioritize your harvest and combine the worst fields first. The more significant losses from Anthracnose stalk rot usually come from rotten stems lodging!

You can limit infection through rotation and residue management combined with favorable growing conditions. 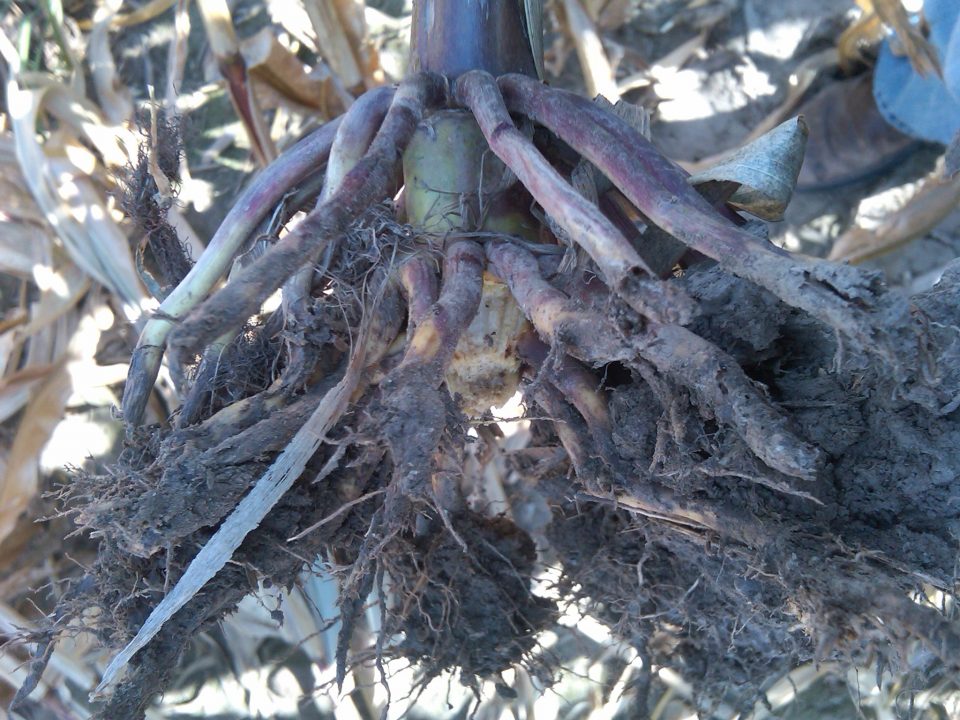 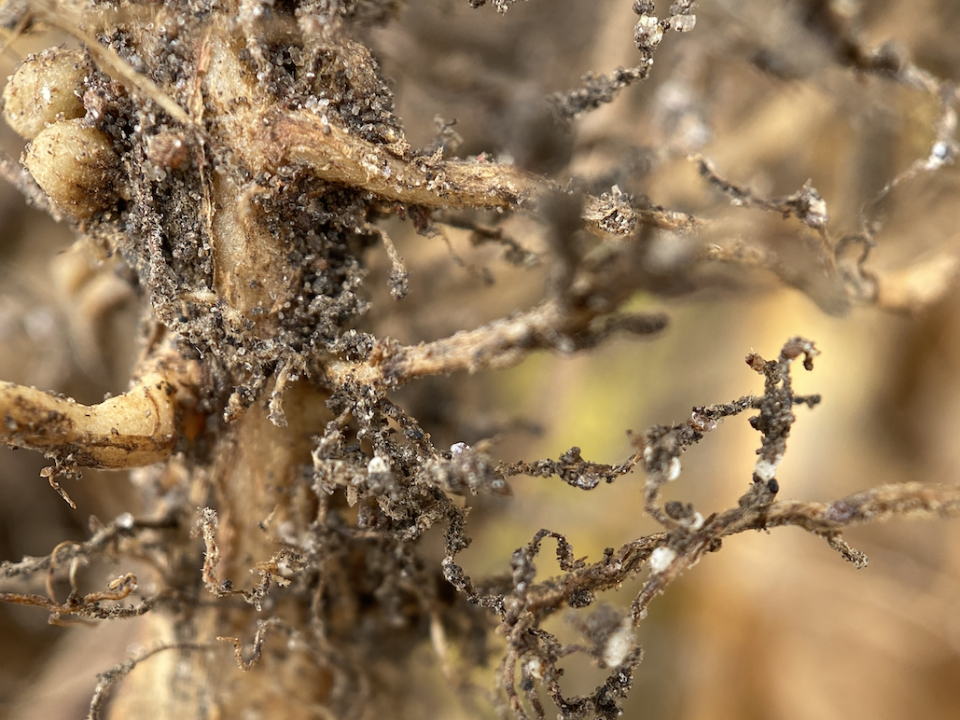 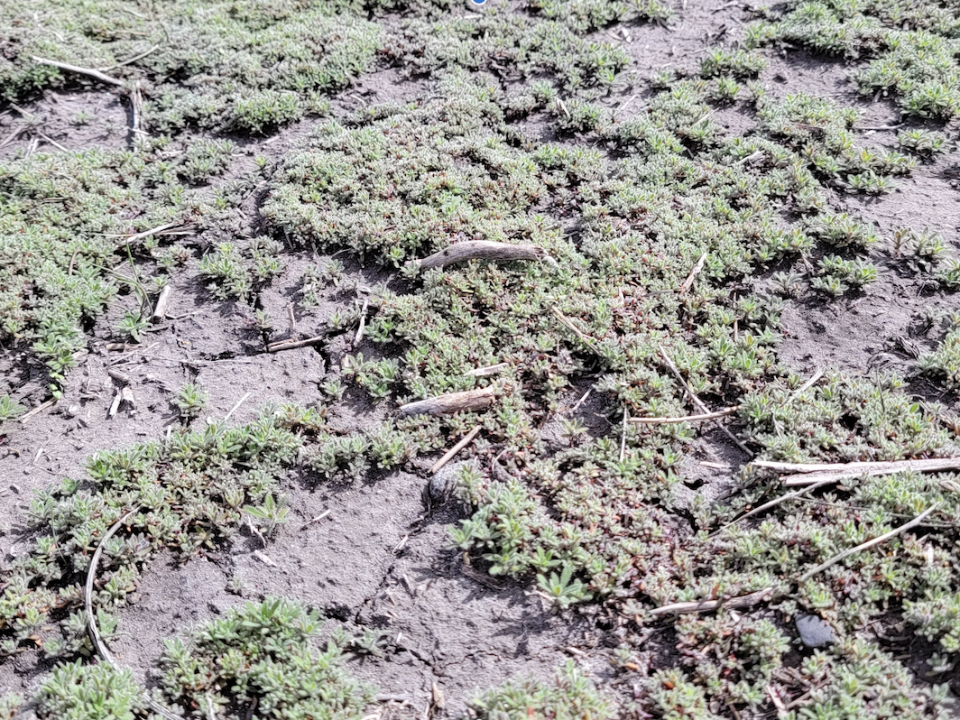