Never Underestimate the Impact of a Uniform Stand

“Well, there is always next year,” is a phrase that can be attributed to the ‘Corn Whisperer’, Mike Larson, in reference to his 2017 attempt at attaining 400-bushel corn as part of the “400 Bushel Project”. You may recall that last year, Mike and his team of interns reached their goal (handily, we might add) by achieving the perfect conditions and, therefore, yield for their 400 Bushel Project! This year? A little bit different story. But, from every failure comes a lesson to be learned. This year’s main lesson? Uniform stand establishment.

As a reminder, the methods and tools for this experiment are unique: a planter grid made out of a sheet of plywood, an irrigation system built from PVC pipes and a 30-gallon poly drum, harvesting and shelling the corn by hand, and willing labor in the form of summer and fall interns (and Scott Sanders).

Since 2013, Mike’s project has been built around exploring the genetic potential of a handful of Peterson Farms Seed hybrids. 2017 was the 5th year he attempted to break 400 bu/A mark.

To start, the field surrounding the ‘400’ plot was fertilized for 200 bu/A corn and planted at a population of around 43,560 plants/A plants per acre on May 10. 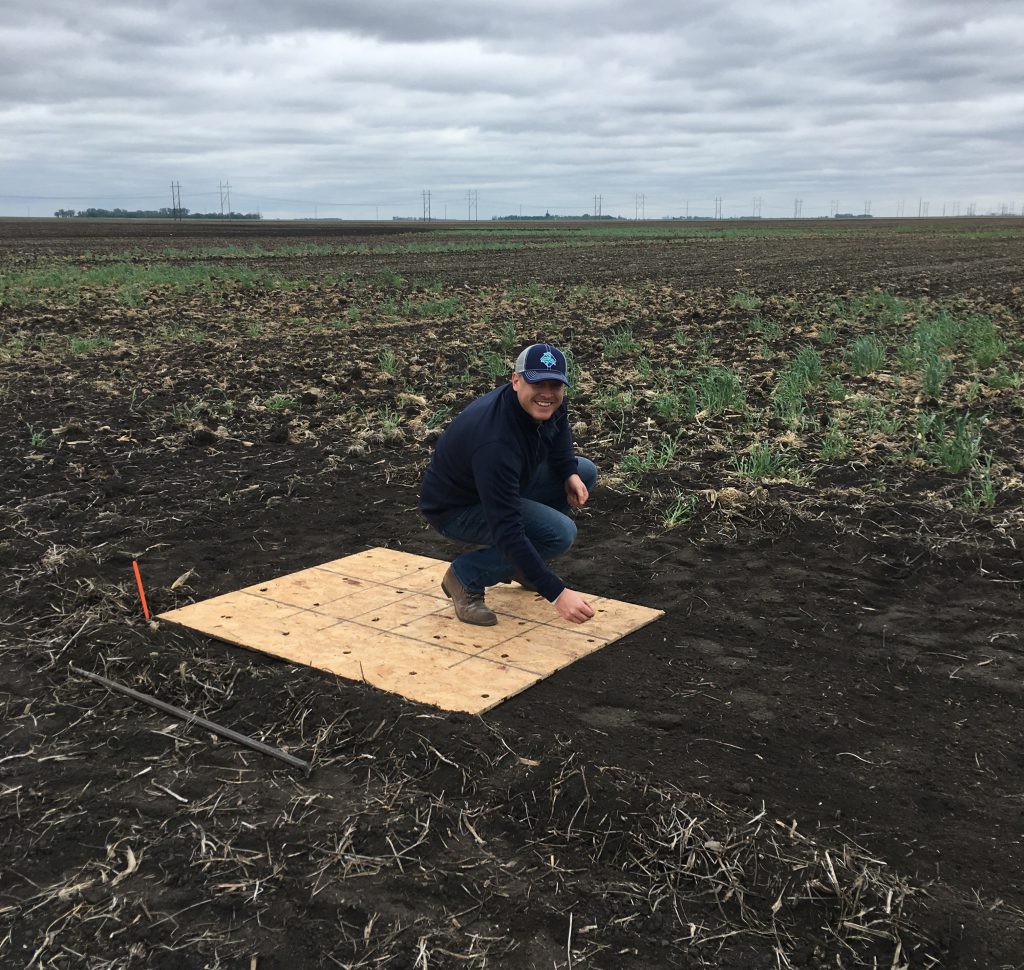 Scott Sanders helping Mike plant the 400 Bushel Project plot in May of 2017.

“After that, the field went 30 days without measurable rainfall, which resulted in a very uneven stand. Some of the seed sat in dry soil for a good month,” says Mike.

Next, 300 units of ammonium sulfate were spread on June 6. During the week of July 11, two Peterson Farms Seed summer interns “spoon fed” the plot (via PVC pipe and a 30-gallon poly drum) with 50 units of Nitrogen and 50 units of Potash in a liquid slurry that added what would equal an inch of H2O (otherwise known as rain). The spoon feedings were continued weekly until August 22nd. 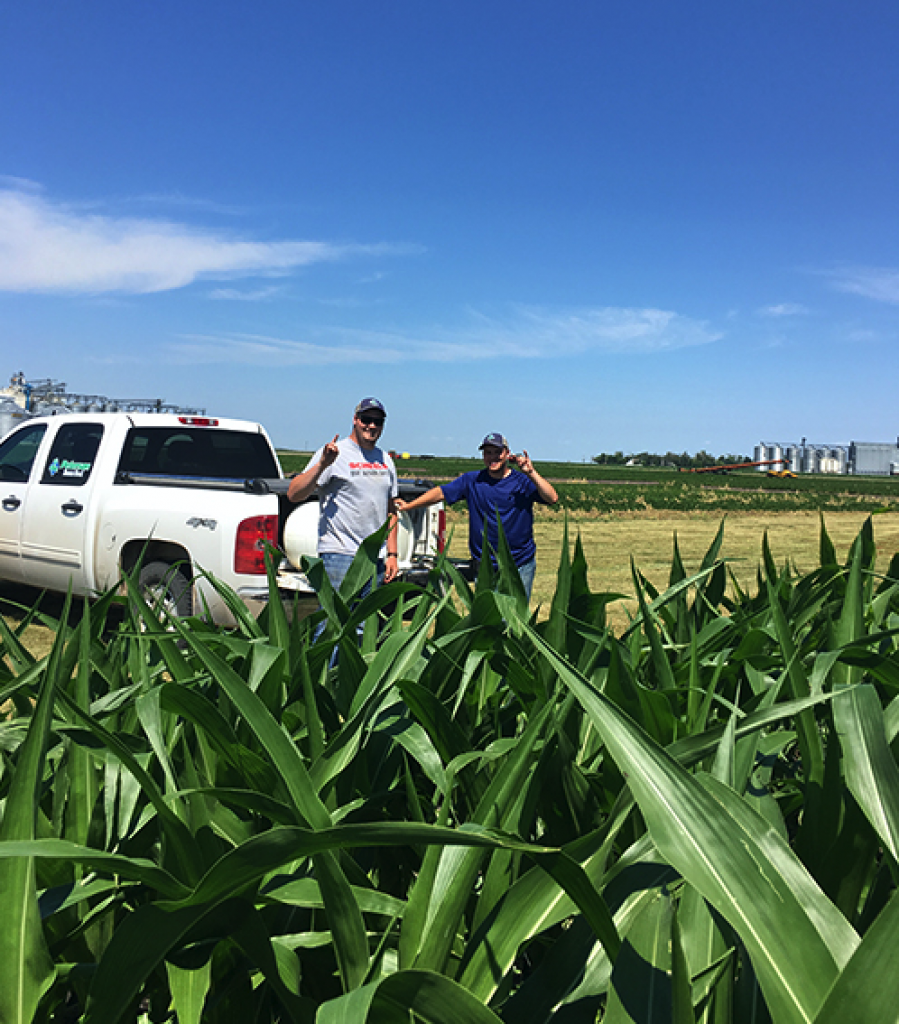 As all farmers in our region know, the correct weather and growing conditions were tough to come by last growing season. On October 27, the 400 plot was harvested and the following ears of 72D91 were found on plants 12 inches apart – with the small ear coming from a plant that emerged two weeks after the larger ear. 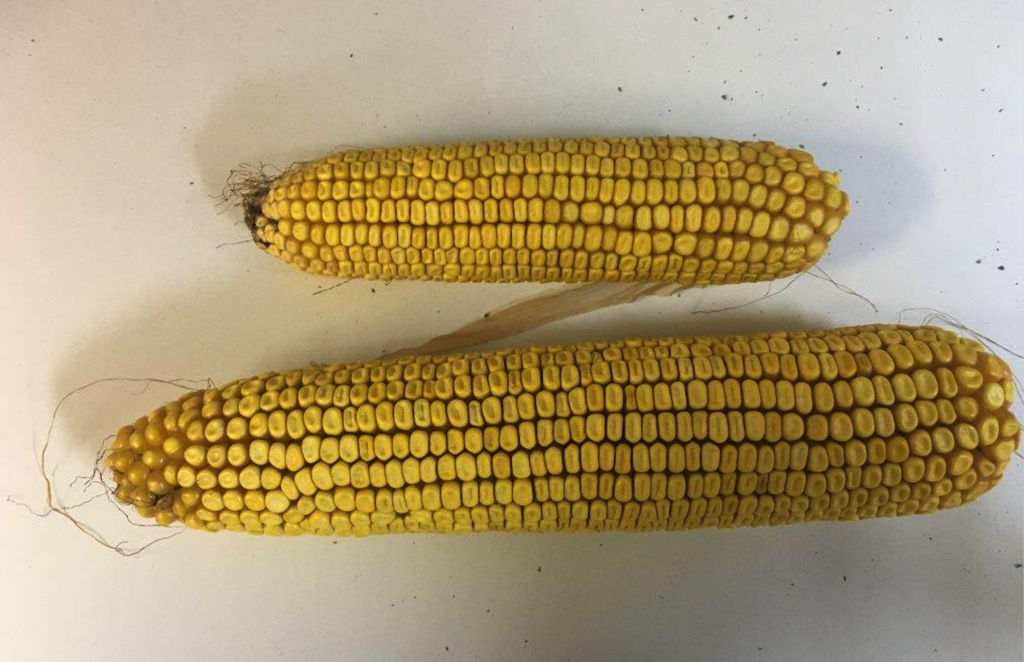 After hand-shelling the corn, yield was calculated to 14.5 % moisture for the following hybrids shown in bu/A:

When comparing to last year’s rousing success, this year’s results may seem like a bit of a let-down for Mike and his team. But, as we all know, Mike is one who strives to always look for the positive, learning moment in all situations. “If nothing else, this year’s 400 Bushel Project attempt shows how important a factor uniform stand is when determining yield. Two extra weeks stunted growth immensely when compared to the neighboring plant,” noted Mike.

This year, Mike and his team will try to once again achieve the 400-bushel threshold. With consistent effort and a little luck from Mother Nature, we’ll be able to report a 2016-repeat of successful results next year. 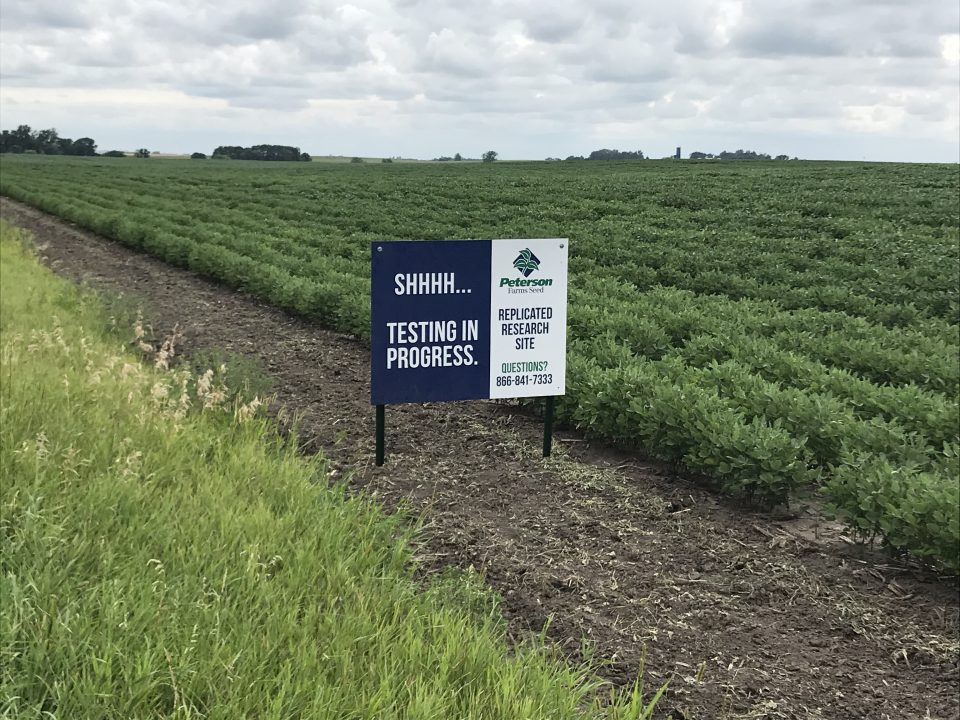 On Farm Trials Are Interesting. Replicated Testing Is Reliable. 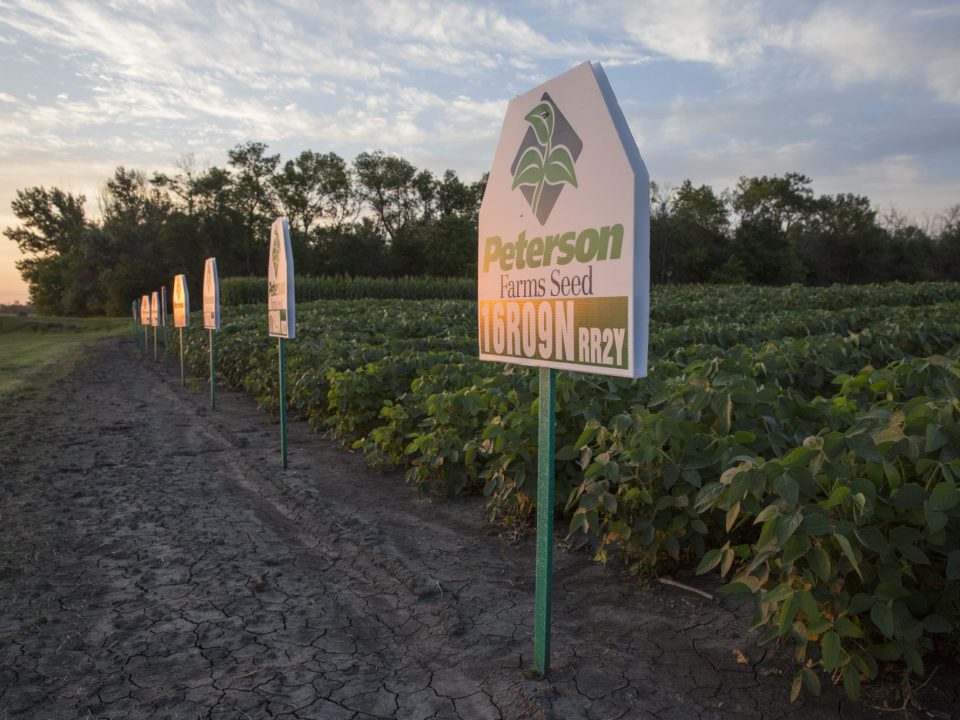 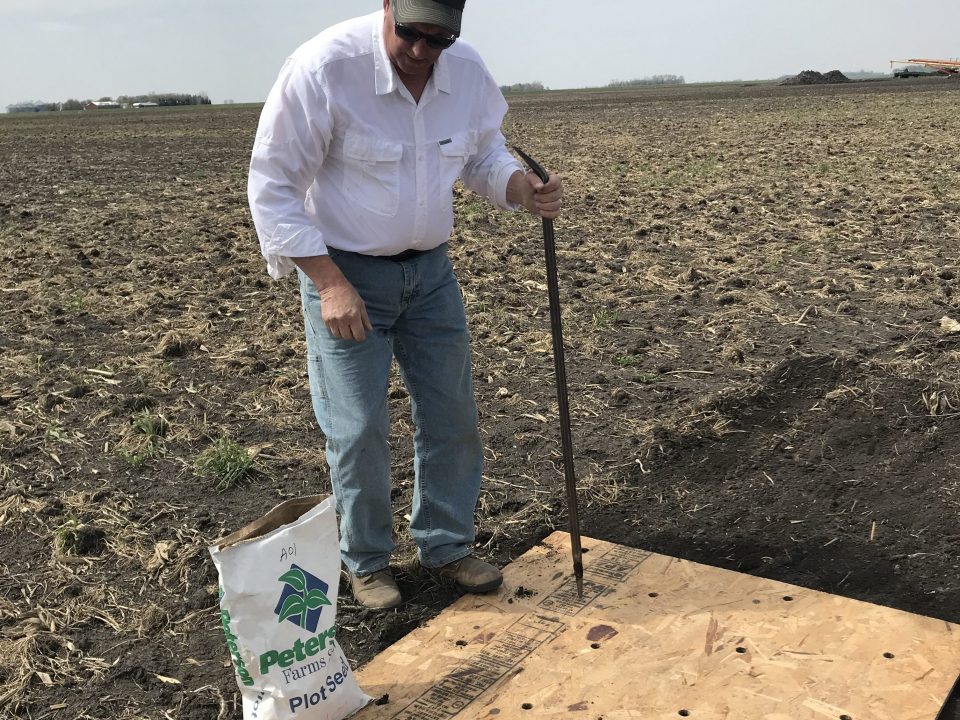