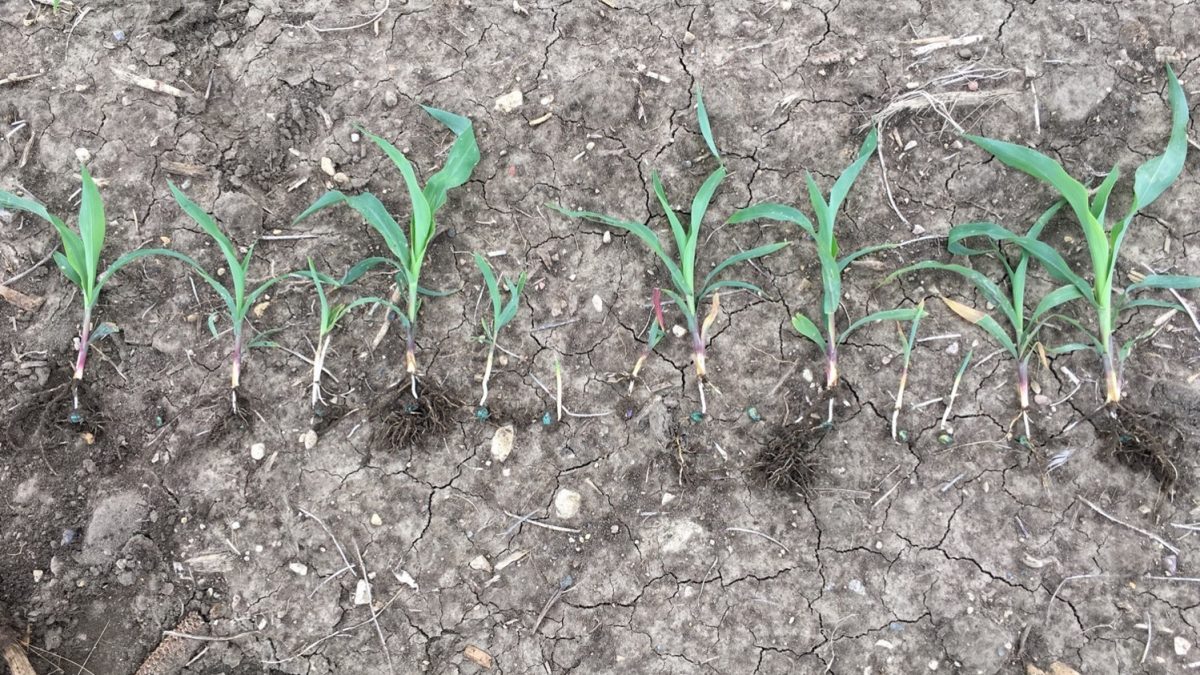 The current dry soil planting profile presents a set of challenges we haven’t faced in a number of years. But before we delve into that too far, let’s set the table with the 5 things a corn crop needs to maximize yield in our Northern climate:

#4 – Plenty of time to finish in the fall

Considering this list, we’re headed into 2021 with a lot going for us.

Here are three things within your control you can do to address those dry soil planting challenges head-on.

9 consecutive years of Ole and Sven tests have proven a 10 bu/A advantage between planting at 3.5mph planting and 6.5mph. Moving too fast in dry soil is a recipe for inconsistent seeding depth and optimum seed singulation so roll it nice and slow to maximize yield potential.

It’s worth noting that earlier research on planting speed was conducted using standard seed tubes. We’ve upgraded to speed tubes and haven’t seen much of a difference in yield. So if you’re using  Precision Planting components, you’ll be able to push your speed a little more.

Speaking of seeding depth…I’ve seen far too many times where just ¼” variance in depth can make a huge difference in germination and even stand.  Our Ole & Sven research findings suggest 2” is ideal for corn and 1” for soybeans.

This was a photo I took a few years ago showing 13 consecutive plants just after emergence in dry soils.  The dry shallow planted seeds did not germinate evenly and didn’t emerge till almost 10 days after the first ones were up. 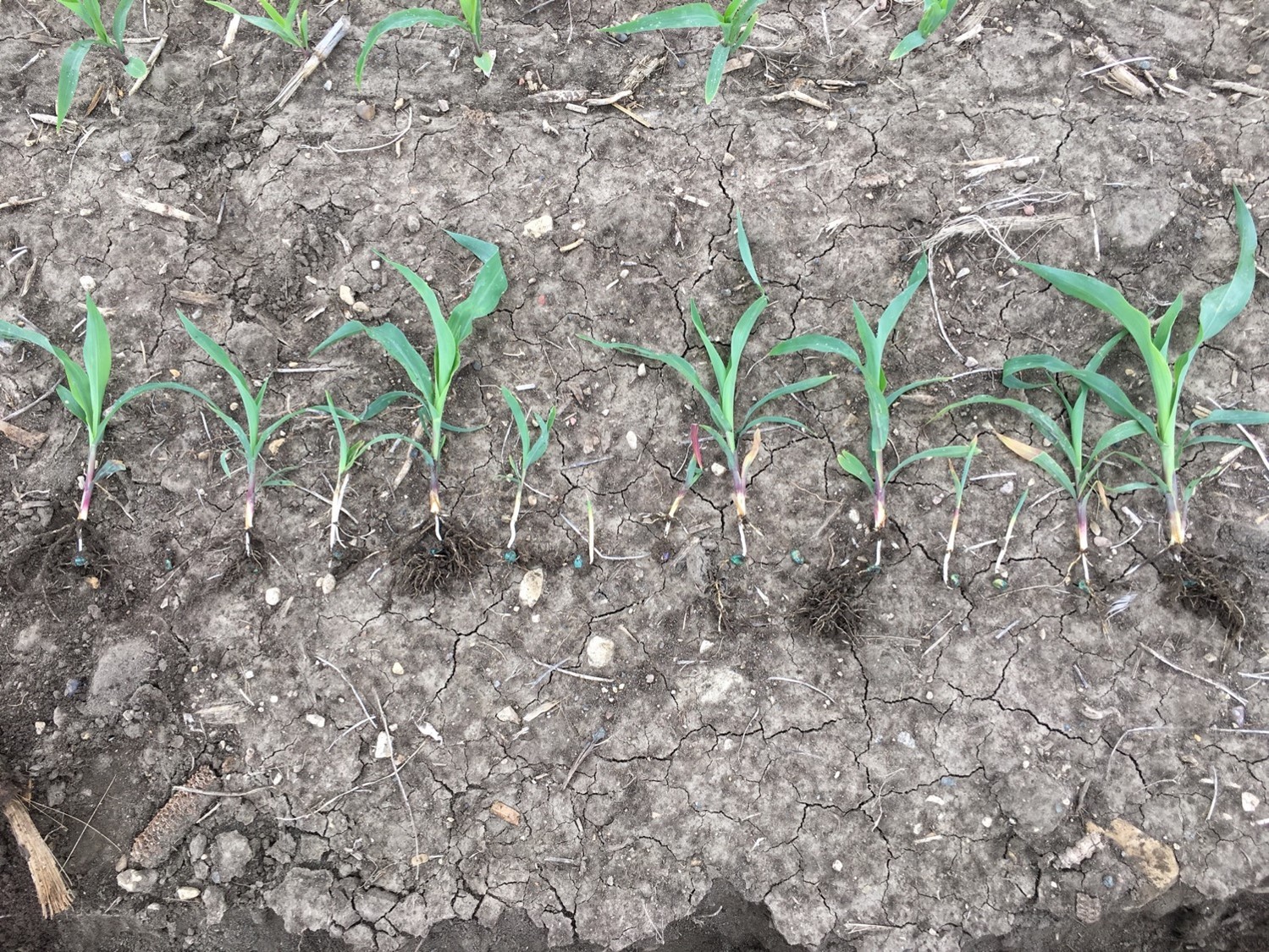 Notice the stunted plants just coming out of the ground compared to 1.5 collar corn. Protect your max potential with slowing down for a nice even stand.

In this case the cross row strips in the field were caused by seeding depth and followed the tillage pattern. The shallower seeds did not imbibe the moisture needed to germinate until a later rain.

In this case the cross row strips in the field were caused by seeding depth and followed the tillage pattern. The shallower seeds did not imbibe the moisture needed to germinate until a later rain.

Get your fertilizer close, but not too close. I have seen this in numerous fields in a dry year— the fertilizer can get just a little too close to plant and will suck the moisture out of the plant, causing burning the roots and stem. 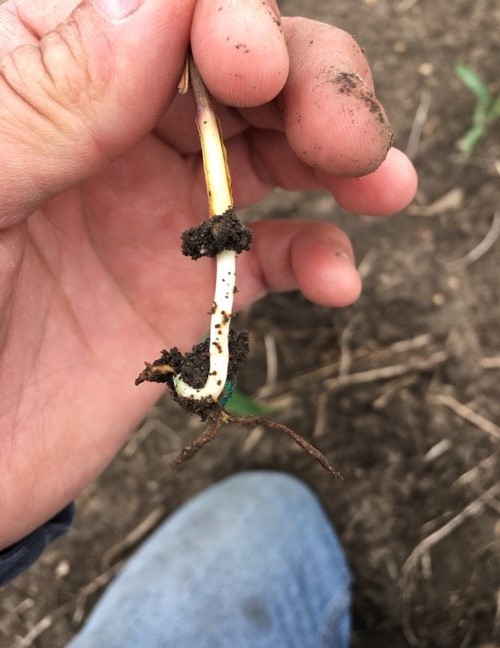 Notice the necrotic roots and spotting on the stem in this photo.

2021 is shaping up for max potential better than we have seen since 2017. But give your crop a running start by controlling what you can using these suggestions while dry soil planting.

Rick is a true agronomist at heart. He gets excited about the ins and outs of product performance and helping growers (or as many come to be known, friends) find the very best products for their acres. When he isn’t thinking about the next greatest products for the Peterson Farms Seed lineup, he’s busy with wife Erin and son Leland growing monster pumpkins (like, 1200+ lbs) on their land near Underwood, MN. 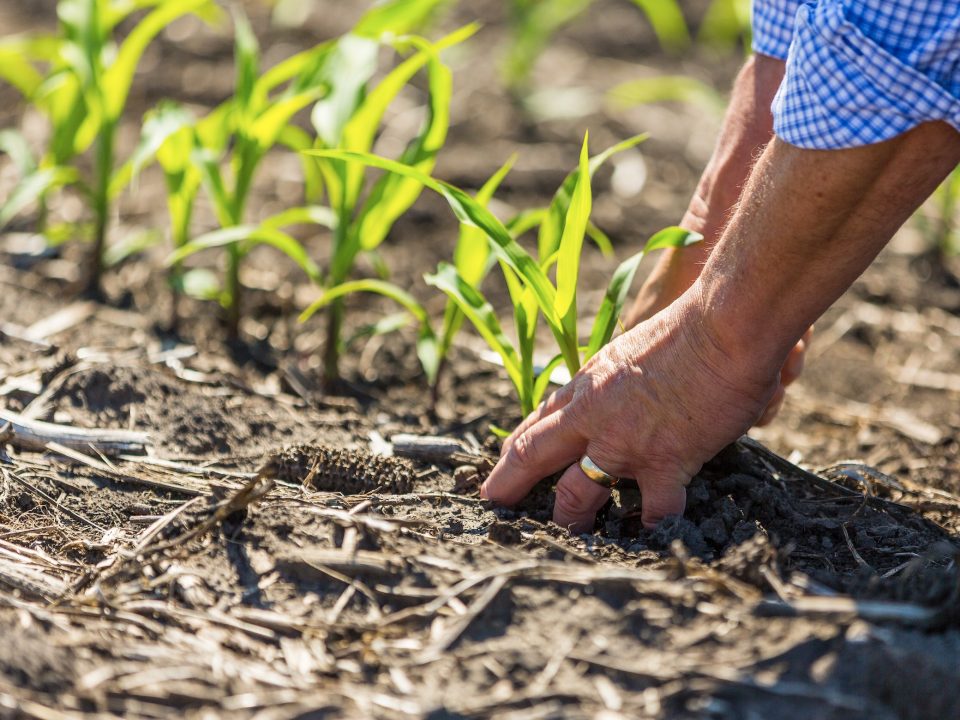 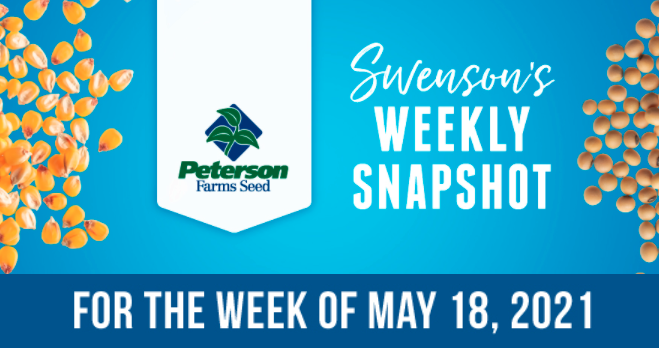 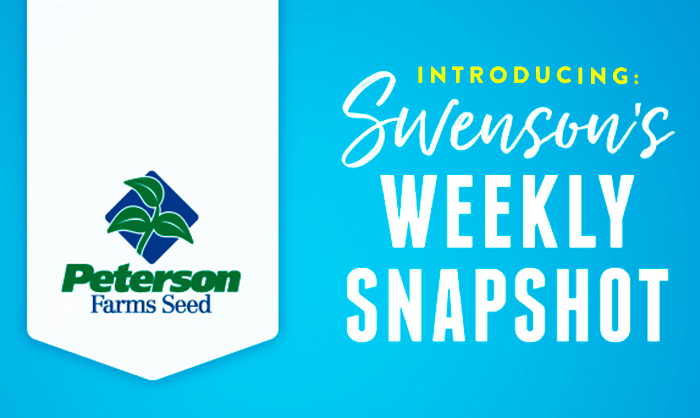 We’ll Track GDU for You – Delivered to Your Inbox Every Tuesday!